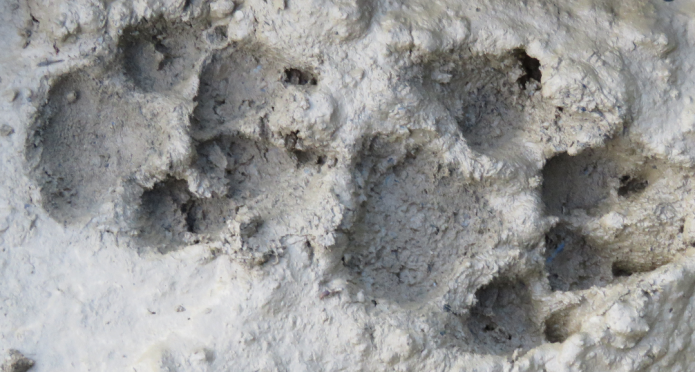 Tobias Leenaert is at it again. Speaking about wolves coming back into Europe, his strict utilitarianism led him to the statement: „As far as I’m concerned, those wolves can just get lost“. He posted a picture of a sheep presumably killed by a wolf and accompanied that with the usual propaganda of animal industries and the hunting fraternity. You would have thought a person promoting the cause for animals should know better. But the repeated attacks on wildlife from this corner of the movement is nothing new, see https://martinballuch.com/a-summary-why-life-in-the-wilderness-is-better-than-in-a-technological-mass-society/

Ok, so lets approach this issue from the same angle as Leenaert. We disregard autonomy, we disregard basic rights, and we just compare suffering with and without the presence of wolves. A good example for an area with wolves are the Southern Carpathians. Wolves have always lived there and were never exterminated. And besides, I know this area very well and have been out there on weeks hiking with a tent for more than 10 years. I take that as the basis for my comparison.

Wolves kill the weak, the frail and the sick

While for a society with a monopoly of power, like ours, the weak, frail and sick must be supported, this is not so easy in the wilderness, where at most such support can come from the social circle of an individual. Make no mistake: sickness is far less common for wild animals than for humans and their domestic animals in a mass society, because in mass societies bad germs constantly go around and new illnesses are produced on a regular basis. In addition, wild food is generally far healthier and more nutritious than the food rich in fat and sugar, as in our society. But still, sometimes some wild animals are weak and sick.

So, if we have old or particularly weak individuals in the wild, they might suffer, as they cannot get food or move about easily. The wolves do kill such individuals far more often than healthy individuals. Hence they reduce suffering for them.

Furthermore, if weak individuals are able to procreate in the wild, their offspring are more likely to be weak and less healthy as well. Fact is, wolves therefore have the effect to produce more healthy communities of their prey species‘. This effect was already documented with the first Austrian wolf pack.

In Austria without wolves, there are far more stag and deer than nature can support. Without predators, such populations would crash one day with a pandemic of starvation and disease. Wolves therefore help to prevent such a desaster.

Leenaert, though, might argue, that human hunters prevent those crashes. And human hunters are supposedly more humane than wolves. But this is not so. I have been observing hunts for 3 decades. In fact, human hunters are not more humane. I have done statistics of how often hunts only maim but not kill their game animals. Only 33 % of deer are dead straight away, when they are shot at, but 11 % live on for a while and 56 % escape injured, only to die much later in agony. For wild boar, 53 % escape injured and for pheasants that number is 27 %. With wolves the opposite is true. If the animal can escape the wolf, than he or she is unharmed, and if the wolf gets him or her, then they are dead. They do not escape injured, especially not in as large numbers.

In Austria and elsewhere, hunters want to have large numbers of game animals, and therefore feed them almost everywhere. This feeding causes untold animal suffering. That is because the animals suffer from stress in so close proximity of each other, the animals become dependent on the feeding and stay in the nearby area instead of spreading out, the animals become sick due to germs spreading at such densely populated areas and especially because at the feeding sites there is a lot of dung and there are parasites abound. And the animals damage their natural environment especially by eating young trees and the bark of older trees. If wolves are present, those feeding sites are abandoned, because otherwise the wolves would just wait there for their prey. And with that, all the problems and the suffering associated with those feeding sites disappear.

A number of scientific studies have shown that game animals are constantly in stress when they are hunted by humans. This is because guns have a long range and the animals are not equipped to deal with that. Hence, death can happen unforeseen anytime. The opposite is true when wolves are present. Generally, the prey species hunted by wolves are well equipped to escape a wolf and they feel therefore safe. In addition, they can see, hear or smell the wolf coming, and they can stay in an area where they are sure to realise the presence of wolves before they come dangereously close. Hence, wolves reduce the suffering due to fear by animals.

The presence of wolves leads to fewer deaths of domestic animals

Apart from that, if a domestic animal dies due to a wolf attack, this is arguably with less suffering than if this animal was slaughtered by humans. Especially sheep, the primary domestic victim of wolves, are often sent on long live animal transports, especially into the Middle East. And there the slaughter is horrendeously cruel, in addition to the suffering on the duration of the travel. But also in European slaughterhouses, there is a lot of cruelty involved at the slaughter. The sheep are first driven together, which causes panic. Then they are put on transport lorries, which makes them panic even more. At the slaughterhouse, usually the sheep have to wait long periods of time, always smelling the death of the other animals and hearing their screams. When it comes to their slaughter, they often are not stunned, or not stunned properly, and sometimes regain consciousness during the bleeding from their cut throats. Death in a slaughterhouse is the most horrific death imaginable. The death due to wolves is a mercy in comparison.

The last argument I want to put forth now, I dislike profusely. But Leenaert and other Utilitarians must accept it. Foxes kill mice. In fact, a study revealed that each fox kills about 20 mice a day or 7000 mice a year. And they kill sometimes hares and birds and amphibians and so forth. Similar statistics are true for jakals and lynx. Fact is that wolves do kill foxes, jakals and lynx. It is well known that the number of foxes, jakals and lynx is balanced out with the number of wolves. The more of the latter the fewer of the former and the other way round. Hence, wolves do, by killing those predators, save the victims of them. A similar argument could be made with wild boar. In areas where wild boar are abundant, they are the primary prey species of wolves. But wild boar eat a lot of animals, especially ground dwelling ones, like amphibians, mice, moles and so forth. By killing wild boar and reducing their numbers, wolves are saving those animals.

Wolves are at the moment in Europe returning to their original habitat on their own accord. Before, they have been systematically exterminated by humans with the most cruel methods, in order to breed live stock that humans can use and abuse. In fact, humans have exterminated all mammals larger than foxes in Europe, with the exception of very few species, and those they saved mostly for hunting purposes. In Europe, there used to be different species of elefant, some species of mammoth, also 3 species of rhino and 3 species of bison, and there were horses, lions, sabre tooth cats, hyenas, 2 species of bear, tigers, elk, 5 species of stag, antilopes and so forth. This multitude of animals all disappeared so that humans could breed their livestock unhindered and eat the body and mother milk of those species. Humans would have exterminated all mammals, probably, if they had managed. But those species smaller than foxes they could not get easily enough.

This wave of exterminations led to a barren landscape, devoid of big animals. Otherwise it would be in Europe as lively as today in Africa. Slowly, humans do realise what they have done. And slowly measures are taken to stop this mass slaughter of wild animals. One sign is the return of the wolf into his natural habitat. So far, wolves are still protected from being attacked again by humans. Statements like the one from Tobias Leenaert play into the hands of the exterminators. Animal industries and the hunting fraternity try to twist the truth and claim that wolves are terribly dangereous and blood thirsty, while in reality those characteristics apply to humans much more.

Actually, wolves have a right to life and protection, so that they can live their lives in a self-determined way. But even if these rights are denied, I have argued that the presence of wolves leads to a lot less suffering for the other animals. If reducing suffering was our primary concern, the best we could do as humans is withdraw from the natural habitats around us as much as we can and let wildlife take its own course. That would be for the better of everyone involved. And suffering would be reduced enormously.

11 thoughts on “The presence of wolves REDUCES animal suffering”